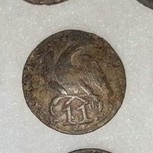 By foreverteachable,
April 30, 2020 in Metal Detecting For Coins & Relics