The Fruits Of My Imagination! 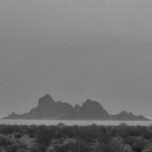