Will A Smaller Coil Help Me And My Garrett AT Max? 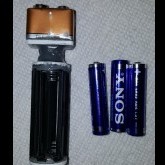