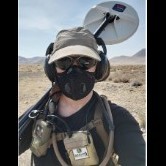 By Gold Catcher,
May 8 in Minelab Metal Detectors