Smallest Piece Of Gold With The 7000 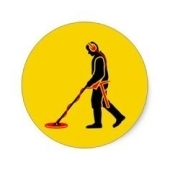