Coin Detecting with the Garrett Infinium - 2004 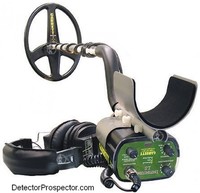 This entry in Steve's Mining Journal is a bit different. It is a copy of a couple posts I made on some forums regarding the Garrett Infinium as a coin detector. It is part of the Detectorprospector.com goal of collecting all my scattered internet posts into one location.

I have found gold nuggets with the Infinium and done well with jewelry using it as an underwater detector. Since the Infinium has a dual tone id system it has some interesting potential as a coin detector. To test this and to simply get in more use with the machine I went out to a local playground to test the unit. There is loose pea-gravel around the playground equipment, and I wanted easy digging material as I wanted to dig all items in this test.

The group of coins on the right, plus two pieces of wire and a nail all came up lo-hi tone. Quarters, dimes, and copper pennies. Basically, if I only dug lo-hi tones I would dig nothing but coins and a small amount of trash!

The results on the left are from the hi-lo "gold range" tones. This equates to the jewelry range on VLF detectors and as any jewelry hunter knows this is also the foil, pull tab, aluminum range. The Infinium also reveals it's love for wire in this range, in particular bobby pins and paper clips. I found quite a few broken zipper parts. The stuff by the battery that looks like large wire is actually string and other items with small metal connectors. The bent shallow "V" shaped item is a plastic ink tube from a pen, and several of the smallest targets were pen tips. Also a few pencil eraser ends, a common school yard find. There are also a couple very rusted nuts. Most large iron items normally read lo-hi but if they rust enough they sometimes come in as hi-lo, as these did. This is also where you get the nickels and zinc pennies. And jewelry. I found an earring, a couple pieces of broken chains, a couple pins, and a pendant. 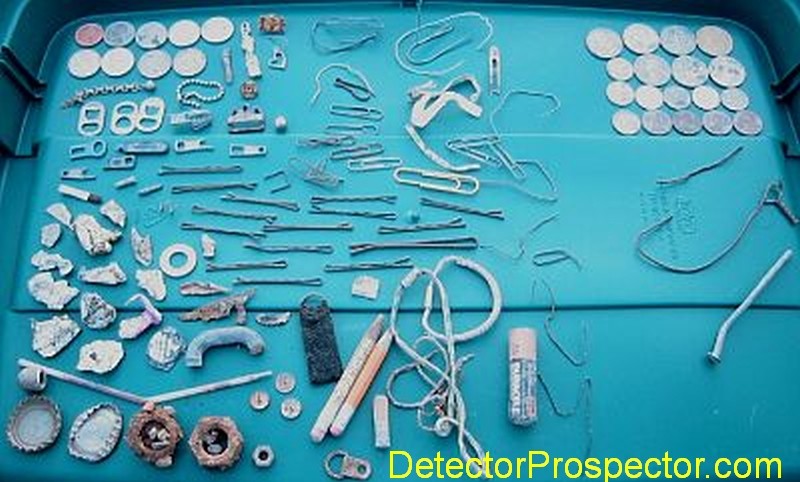 Coin detecting with the Garrett Infinium

It looks to me that if you are in the right area and willing to forgo the nickels (and nobody cares about zinc pennies) then the Infinium might actually work very well as a coin detector. Just dig lo-hi tones only.

No surprise on the hi-lo tones. If you go for the jewelry range you are going to dig lots of junk. Not bad on a beach or in the pea-gravel, but it would wear you out in an average park setting.

In a nutshell the hi-lo tone equates to the zinc penny and lower range on a VLF detector, and the lo-hi tones equates to copper penny and higher. The wild-card is iron items which can id in either range depending on shape and amount of decomposition (rust).

I can't comment too much on the depths as I did not dig anything that was in the hard packed ground under the pea gravel. My main goal was to just dig lots of targets to see which tone I got. Everything was less than 6" deep. However, I did have my Fisher CZ-5 and White's MXT along, and the Infinium easily detected a dime I buried beyond the discrimination range of both detectors while correctly giving the lo-hi id. The only way the VLF machines could hit it was to go to all-metal mode.

Needless to say I plan on trying this in a couple heavily worked "old coin" sites later to see what might turn up.

One thing I did find is that the Infinium has what is referred to as a "modulated audio" In other words, smaller or deeper targets sound fainter. I did find that I could reliably predict many of the nickels and could have dug less small trash as the nickels really bang out on the Infinium. It hits nickels harder than any other coin due to the machine being tuned for gold range targets. If I did not think jewelry finds were a possibility I think I could get many nickels and dig less trash by paying attention to the intensity of the audio. The wire items also seem to "move" as you walk around the target. The coins stay centered.

I went coin detecting with my Infinium... Posted by Steve Herschbach on 5/1/2004

Hi, I finally got my hands on the 14" mono coil for my Infinium. I've been wanting one for some time, as in theory it should get better depth on target in mild ground than the DD coil that comes stock with the unit. I have a ten day prospecting trip coming up the first week of June and so was desperate to get the coil before the trip.

I'll have to weigh the mono coil as compared to the stock coil but I immediately liked its lighter weight. The stock coil is just plain heavy. The mono is epoxy-filled so not as light as it could be, but it is big improvement over the DD in this regard.

I took the unit to a nearby freshwater beach that has been heavily detected for many years. It dates back to the 1920's. Like most beaches it replenishes with new stuff constantly but the older coins have been detected out of it for the most part. Those that can be reached, anyway. A friend with an Explorer has been trying to get the last few and declared to me a few days ago that he figured he had about cleaned it out. He even went so far as to use the big Coiltek WOT coil on the Explorer. Nice thing about beaches... you can dig big holes!

Excepting iron and steel, which can go either way, the hi-lo tone is where you get jewelry, aluminum, zinc pennies, and nickels. Lo-hi tones are copper pennies, clad coins, and silver.

What makes the Infinium different from other PI units is the tone system. Most pulse induction detectors are single tone "dig it all" machines. So the Infinium tone system, while far from perfect, allows for some uses that are not practical with other PI detectors.

The beach I was at is littered with aluminum trash of all sorts, and deeper down there are lots of nails and other iron trash. And some jewelry. Basically, every swing gets at least one or more hi-lo tones. Lots of noise, but I've found if I keep my headphone volume low its no big deal.

What I've found to be rare on the beach is the lo-hi tones. Lots of detecting keeps the beach fairly clean of newer coins. And the larger nails are rarer than the smaller ones. So I set out this morning to only dig lo-hi tones.

I headed right for the middle of the beach, one of the most detected places in my town. After only ten minutes I got a nice mellow, lo-hi tone. The sand on this beach is of varying depth, and is on top of a clay-like base. At about ten inches I hit the clay, and there embedded in the clay was a 1953 silver dime! Now, this may not be a very old coin by most standards, but to find it where I did pretty much blew me away. Countless detectors have been over this dime. The signal I got was not weak. It did have a more mellow response than a shallower coin would, but it was a solid signal.

So I used the dime as center base and started spiraling around it. Lots and lots of hi-lo tones which I'll go dig some other day. Probably deep aluminum but I'm sure I passed over some deep jewelry today. But I stuck with the program.

After a couple hours I had dug 16 targets, four of which were coins. The other three were all wheatbacks from the 1940's. All were in the clay layer below the sand. 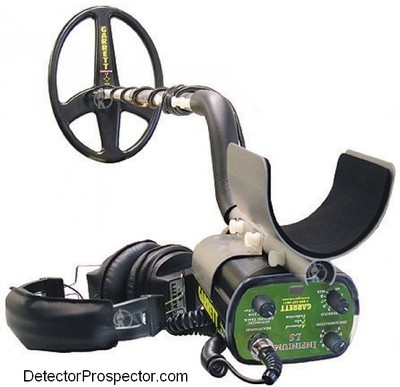 The pennies were shallower than the dime, which might lead some to wonder why they were still there. All I can tell you is the ground runs about 78 on a White's MXT, so pretty mineralized, and there are hi-tension power lines nearby. So while the depths I'm talking about here my not seem impressive, all I can swear to is that these coins were missed by hordes of detectors over the last 30 years. I was very impressed.

The mono coil, while I did not compare it directly, seemed to me to have a clear edge over the stock DD coil for depth. I could pinpoint MUCH easier with it, as the signal were right in the middle where they should be. The mono coil has a traditional cone-shaped detection pattern with best depth and signal dead center.

Add the fact that it is light and I have a new favorite coil for the Infinium. I can't wait to get it out nugget detecting next month. But tomorrow morning it is back to the beach to tackle some of those hi-lo tones and see if I can find a gold ring. And look for more lo-hi coins after I get tired of digging aluminum trash!

In any case, to use a PI on a trashy beach and be able to come up with one in four targets good as opposed to just digging everything is what the Infinium is all about. It has some real power in dry land areas where other detectors may be having issues due to mineralization, and once you get used to its dual-tone id system you can do things with it that you cannot do with a normal "dig-it-all" PI detector. I really have to caution that the discrimination is not perfect, and in some areas it may be useless, but depending on the mix of targets it can work well, as I think this day showed.

Pulse induction is not for everyone, but I have to tell you I'm really having fun with this thing. I can't wait to see the look on the face of my Explorer buddy. He is not going to be happy that a Garrett got coins he missed.