It has certainly been a busy year for me so far, with not near as much detecting time as I would like. Still, I have been getting out a little and thought it was time to share a few photos.

My first couple bits were found with the Minelab Gold Monster 1000 on some scouting runs. I am liking this detector as a grab and go unit for checking areas out quickly. I am not trying to hunt for max performance but instead looking to cover a lot of ground quickly to check things out. I have learned the GM1000 auto sensitivity actually suits me well for this. I just fire up the detector in all metal mode, full volume, and start with auto sensitivity set at Auto+1. Then I just start swinging. If noise intrudes (usually in salt areas) I will back down to Auto+0 (there are just two Auto settings available Auto and Auto+1).

Once the GM1000 gets out and about people will no doubt note the Auto settings are not the hottest. Which is why I like them. The GM1000 is a super hot machine already, so I am looking more for stability than anything else, and know it will pop hard on any small nuggets I get over. If I were pounding a patch hard I would use manual sensitivity and push it high, but that would introduce noise and require more careful hunting. For me however the GM1000 serves best as a lightweight quick and dirty way to check new areas - just grab and go.

I posted previously about finding a nugget using Auto sensitivity which is where I learned how useful the setting is. Here are two small nuggets located using Auto+1. Both nuggets banged hard, one at maybe an inch and the other at about three inches. I am not trying to promote or to push the use of this setting, I am simply reporting what I am doing and you can decide for yourself if it is useful for you. 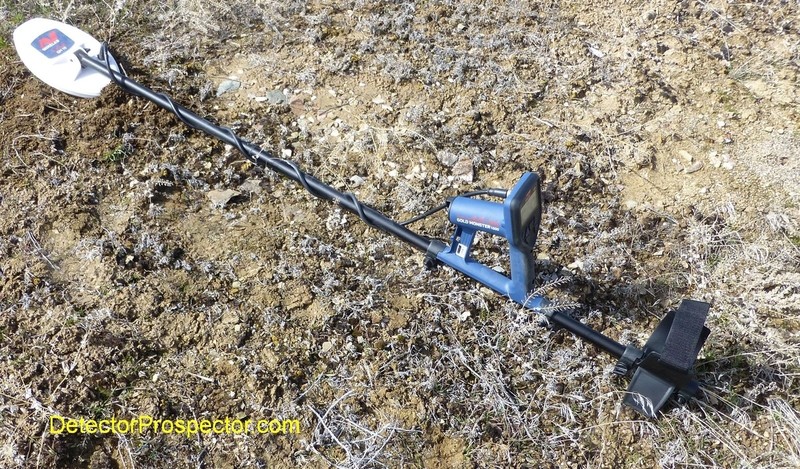 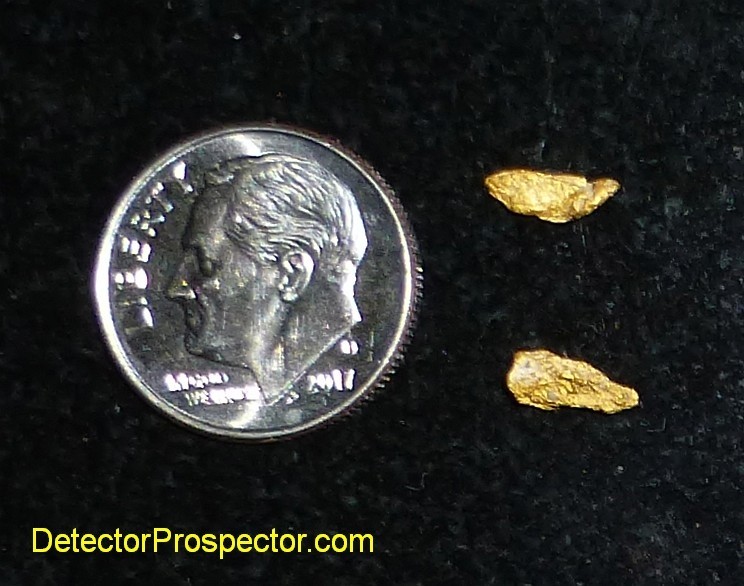 I did finally get a GPZ 19 coil for my GPZ 7000 and it was time to give it a go. I tried one area I had hunted before in case a larger deeper nugget was lurking. My first lesson with the GPZ 19 was not how large and deep a nugget it can find but how small and shallow! The only thing I had missed and left to find was this less than 0.1 gram nugget. It was practically on the surface and so gave a small warble when it got close to the coil winding. I was surprised and impressed the coil can find gold this small.

The next location is the one I scouted with the GM1000 and found the 0.4 gram nugget. The spot got my interest so I went back with the GPZ 7000 and 14" coil to hunt it. Turns out it was a nice little patch with some chunky gold! The ground was deep so I mounted up the GPZ 19 and hunted it again. I did come up with one nugget I missed before, whether from sloppy detecting or just a little too deep I do not know. It was a little 1.2 grammer at around a foot down. I continued hunting outside my area and came up with another at 1.3 grams. 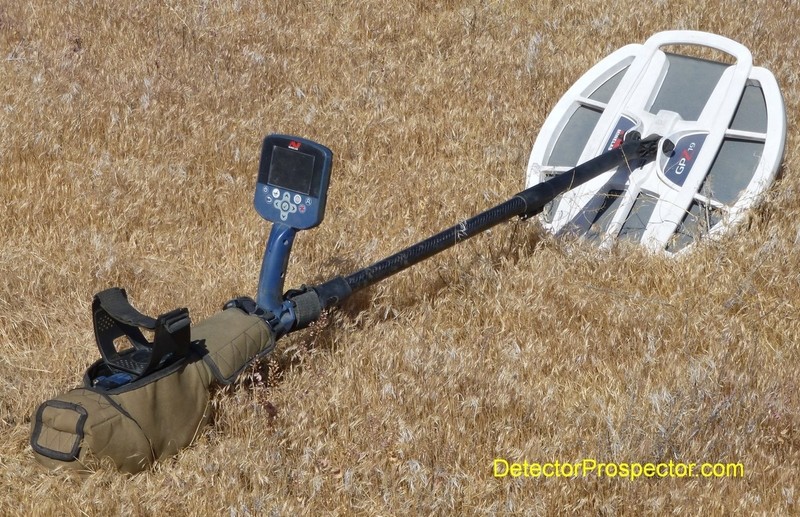 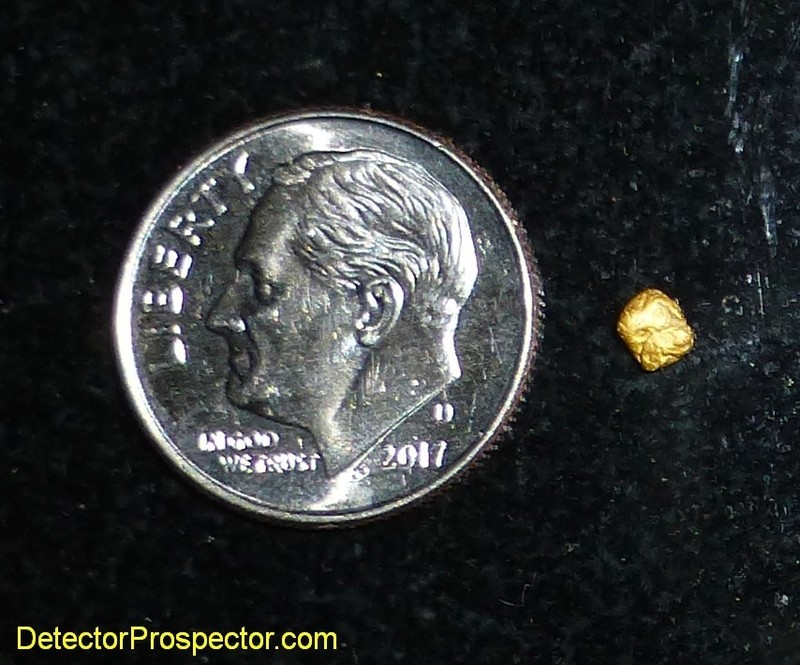 First nugget found with GPZ 19, amazingly small for such a large coil at less than 0.1 gram

I had removed the Minelab skid plate that came with the coil and replaced it with the closed Nugget Finder cover. I like this cover for uneven ground as it does not get hung up of rocks and sticks as much, but it does rapidly collect a pile of debris! 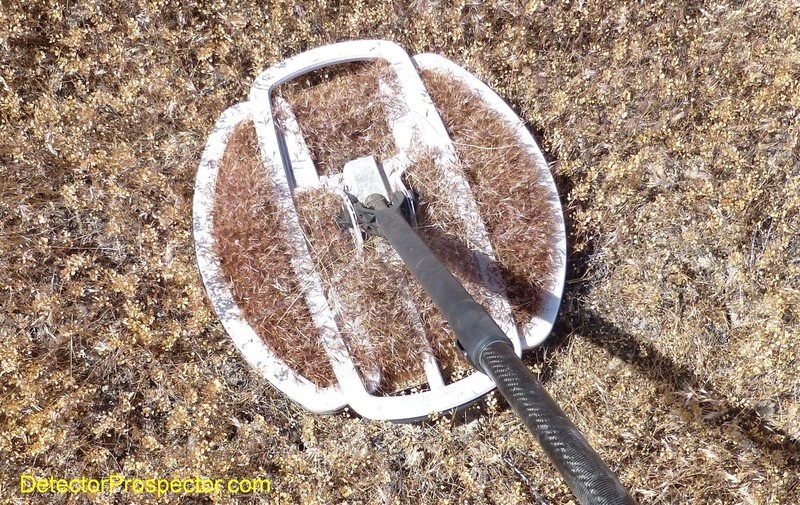 The coil did false if banged on a rock and would require care in rocky ground, though I was running it as hot as ever so that contributes to it. I usually hunt grassy and sagebrush country and it does well here just gliding on the grass, though if the grass is deep it will ride up on it above the ground. Still, the larger size gave me this feeling that I had a little extra insurance in that regard and so I used it to hunt over low brush where it might reveal nuggets hidden when others went around the brush. False signals from banging a rock aside I do think the coil actually runs a bit smoother with my Insanely Hot settings. 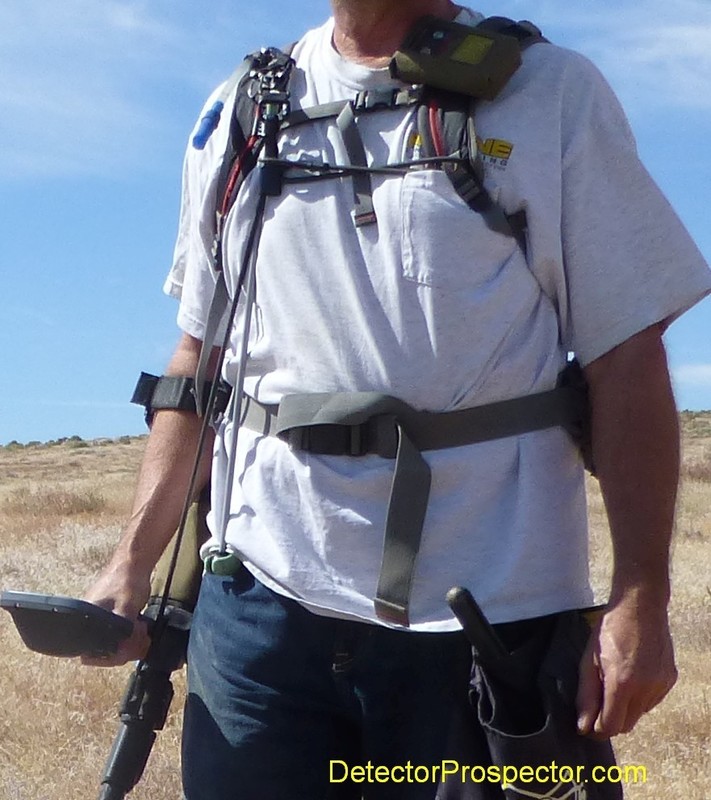 The GPZ19 is slightly too heavy for me for general use in hilly terrain and too large for a lot of the sagebrush areas. It is just the ticket however for covering large open terrain and that is where it will see the most use with me in the future, or for pounding old deep patches. The extra pound was not quite as bad as I was expecting and in flatter ground just my regular bungee setup sufficed as long as the coil rode on the ground. I did try out the Hip Stick though and think it a better option for long hours with this coil. 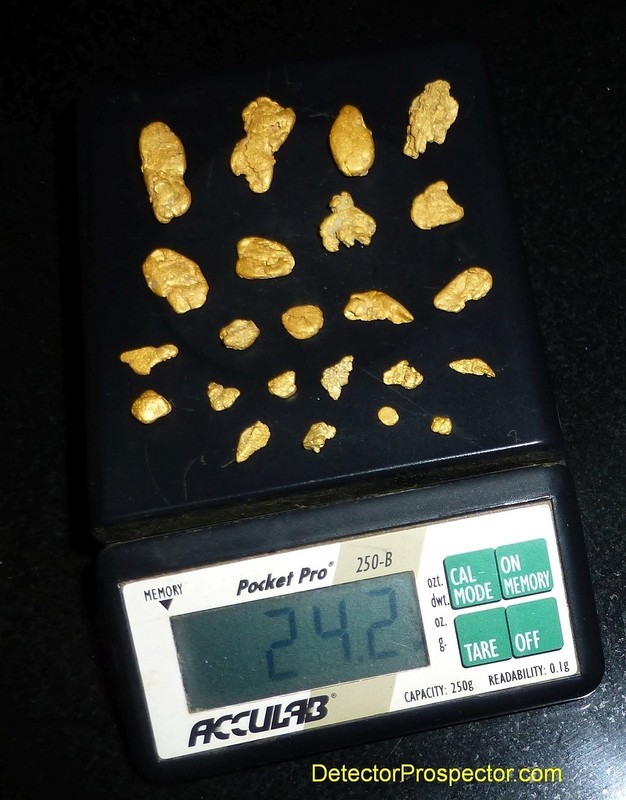 Well, lots of info there I hope people can get some use out of. It's always nice to be out prospecting whether or not I find any gold - but gold does help! 24 grams or about 3/4 ounce with largest nugget 4.5 grams or just shy of three pennyweight.

This article originated as a post on the DetectorProspector Forum. There may be additional information there in follow up posts.