I have been out gold prospecting with the Garrett ATX recently and wanted to share my latest thoughts on the unit. That, and show off a particularly nice nugget I just found with the detector!

I got my ATX right at a year ago. The machine has easily paid for itself and remains one of my favorite detectors. With all the other new detectors I have been using lately I have not had it out enough however, and so I have made an effort to start using it again the last few weeks.

I guess my constant prospecting these days is making me tougher as I have no problem using the ATX for long hours with no extra support. Still, for long days I like to use a bungee support off the shoulder of my Camelback style rucksack. Garret was kind enough to send me a set of scuff covers for my coils, and I find the solid scuff cover for the stock coil to be very helpful. It prevents the coil from hanging up in stubble and in northern Nevada allows me to let the coil just ride on the ground. There usually is just a little grass or weeds that act as a buffer for smooth riding. If I get directly on hard rock surface I still pick up some coil falsing but not so much as when the bare coil edges would catch on rocks. The only issue with the solid cover is that it collects debris and must be shaken clean on occasion. I think I will get another scuff cover or even just a flat piece of plastic to fix in place over the top to prevent this from happening.

I have been using the headphone adapter so I can run the ATX with my Sun Ray Pro Gold headphones, which sound a bit better to my ear than the supplied headphones. The Garrett headphones are pretty good but I would rather keep them available for backup use. I have toyed with the idea of using my B&Z booster along with a shoulder mounted external speaker but have not quite got around to trying that yet. I think that would be preferable for long hours in very quiet locations. I like to hear what is going on around me.

Related to that, I normally run the ATX with a very faint threshold. I have also experimented a bit with running it set just barely quiet, and for patch hunting wandering around I am thinking I may do this more often. The performance edge lost is minimal, and I do enjoy the solitude and silence. Many days detecting for me is nothing more or less than a wonderful long hike over the hills in the middle of nowhere. No headphones and no threshold buzz just might be something I do more of in the future. I know, I should be preaching the opposite but my primary goal these days is enjoying myself and those little things make a difference. Being able to hear a wild horse in the distance or a coyote howl is important to me.

I usually dig it all but I do like the ferrous check function on the ATX. It can only be trusted on targets I really know to be junk anyway - nice loud surface signals. But maybe, just maybe that signal is a large shallow nugget! It is nice to push the button and get a solid ferrous indication from the ATX allowing me to work more efficiently in areas with lots of surface nails and other ferrous trash. I don't trust it on weak signals however, especially in very mineralized ground.

The waterproof part is nice but really not needed. What I do appreciate is being able to collapse the unit down into a compact package and toss it in my truck. That the ATX uses rechargeable AA batteries is also a bonus because I am starting to standardize on them. All other things being equal I try to get detectors or accessory items that use AA batteries, and I have a lot of AA batteries and chargers due to this. This makes having plenty of extras available for use in the ATX very simple and cost effective.

The bottom line is the Garrett ATX is a very capable nugget detector with good performance on a wide range of target sizes. I appreciate the solid, stable performance. I have got no problem going out and finding gold with the ATX. Better yet, I use the ATX for more than nugget detecting. It is my preferred water hunting detector and so in that regard a true bargain. 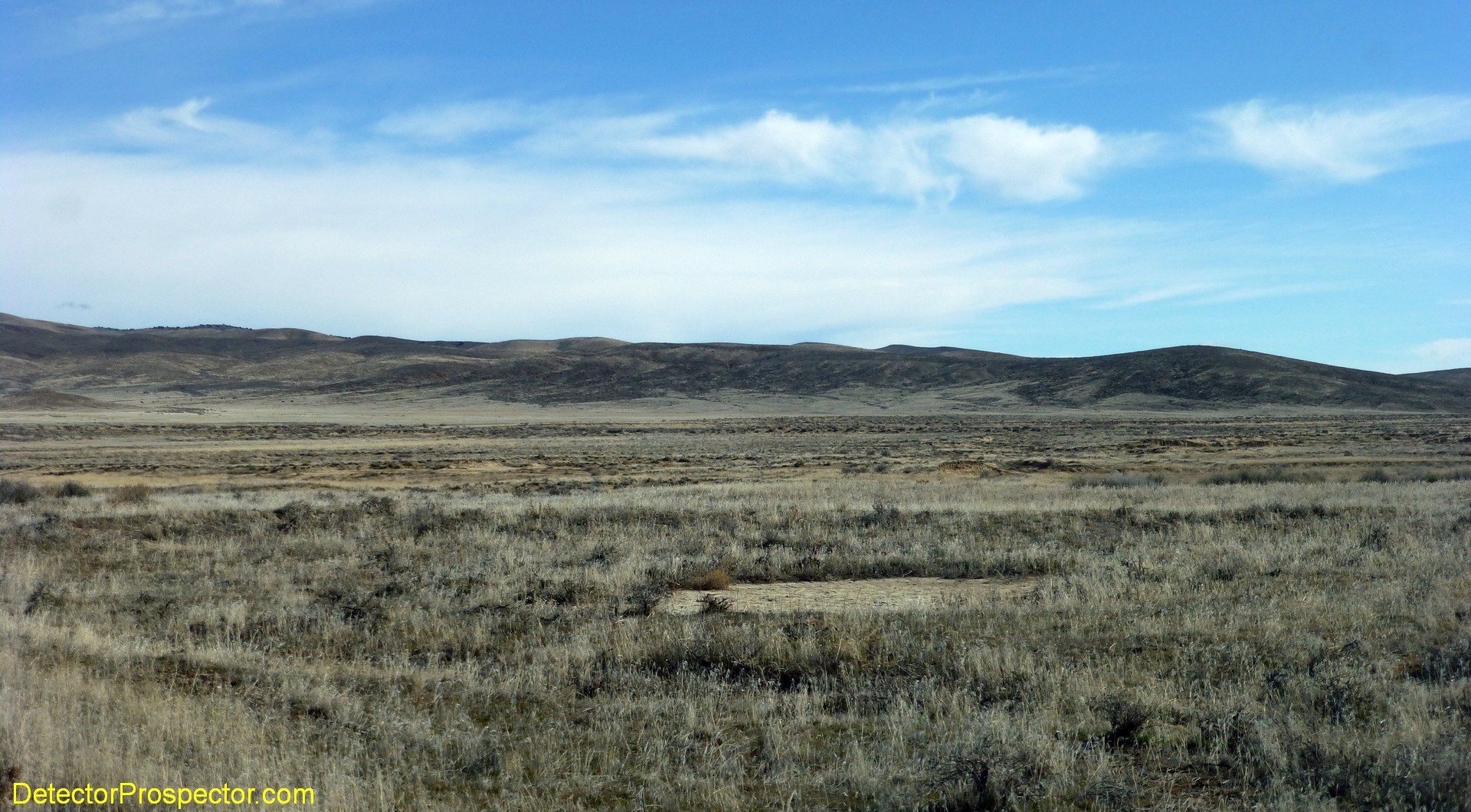 I was just out and hunting an area where I picked up a few nuggets with other detectors recently. I got the ATX out of the truck and wandered down to the wash. I had barely really got the unit ground balanced up and the soil I was walking on just looked like sandy mud with grass growing on it, so I decided to walk upstream a bit for a better location. I got a whisper of ground noise as I walked and a couple steps later stopped and thought "hmmmm... was that really a ground noise?" It had that little something and I was just assuming I did not have the ground balance spot on yet. I backed up and checked, and sure enough there was a soft signal in the grass. I gave a little dig and came up with a 0.7 gram nugget.

Well ok then, that was more like it. I started to work the immediate location and just six feet away got a largish signal, probably trash. I dug a bit and it was still in the hole. So I gave it a vigorous scoop and up pops a mud covered nugget. A large nugget! It later weighed in at 26.3 grams or 0.85 Troy ounces. 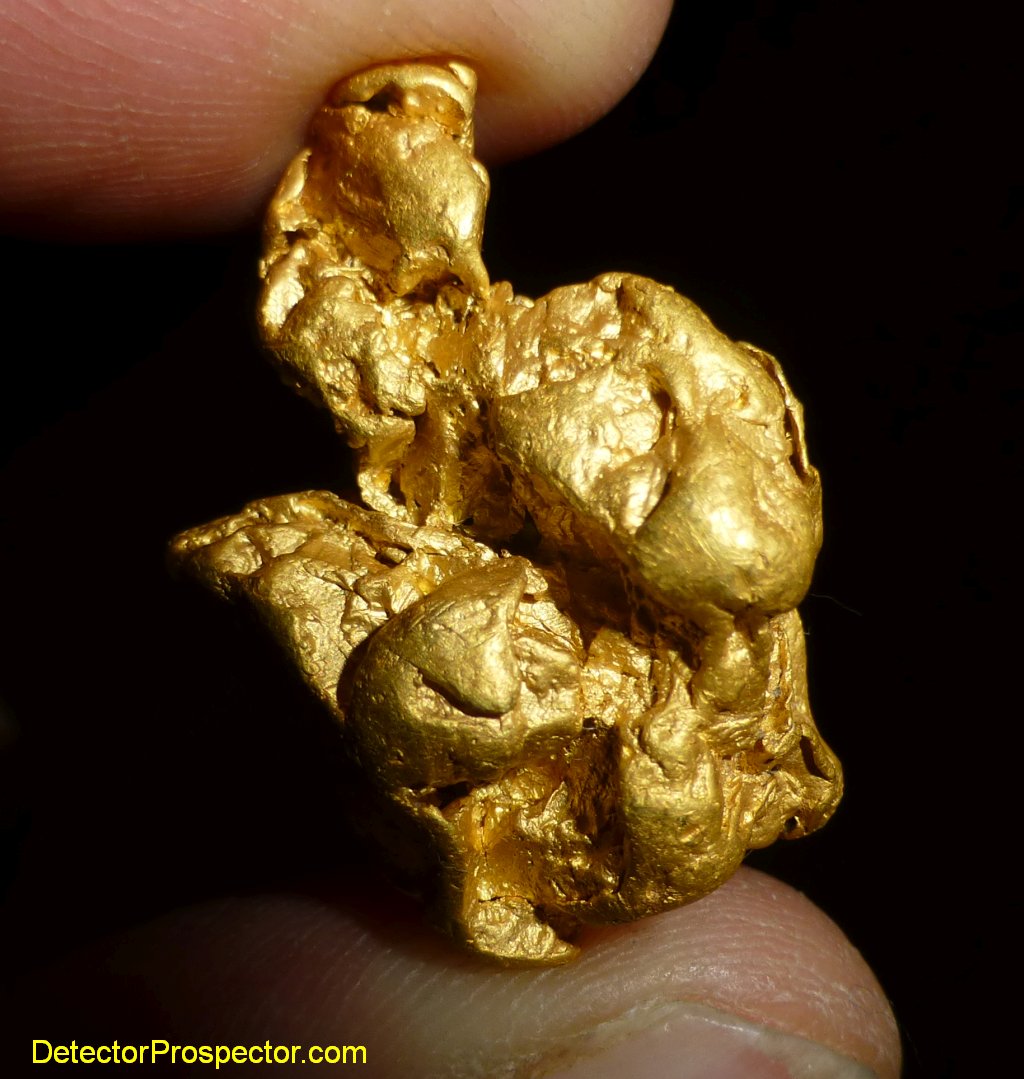 I was ecstatic. I have to tell you that nugget really means a lot to me. Why? Because the location I was hunting was nothing anyone pointed out to me. I was running around looking at some old prospects and had a theory going on the geology and where the gold was coming from. I decided the location would be good on my own just based on what I was seeing, and I scored a really great nugget. The satisfaction of figuring things out and making a good call means more to me than the nugget. It is what real prospecting is all about. The fact that it is also one of the nicest nuggets I have found so far in Nevada certainly does not hurt though. It is a beauty, solid and chunky with a nice kind of flat matte finish.

A bunch of hunting later and I scored another small 0.6 gram nugget, for a total of three nuggets and 27.6 grams with the Garrett ATX. I am sure there is more gold waiting out there to be found so can't wait to get back at it. Just a great time in great country, and I have to say I am not missing being in Alaska at all. This beats being in cold rain ate alive by bugs any time. 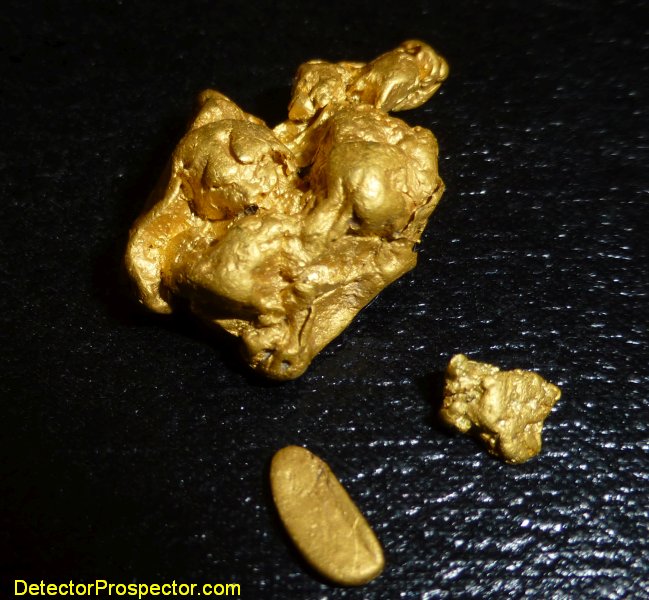 I am getting ready to have a major weeding out of detectors and accessories. My collection of gear has ballooned too far in excess of what I need, and in 2015 I want to just focus on detecting instead of detectors, if you catch my drift. I need a few good machines to cover the bases for my varied detecting needs, but all the rest need to go. I am not much on clutter. One thing I do know for sure though, and that is that the Garrett ATX has earned a permanent spot in my collection. In particular I plan on being on California storm watch this winter, and at the first sign of major beach action I am grabbing the ATX and heading for the coast. The California beach boys will be seeing a new face this winter. And I am very sure there are many more nugget hunts in the future for me and the Garrett ATX.

This article originated as a thread on the Detectorprospector Forum and more information may be found there in later posts.