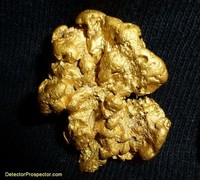 This year has not been going exactly as I imagined it would. My stated goal for the year was to set a new record for days in the field detecting. So far however, it has been anything but that. No complaint - I have been devoting myself to visiting family and other things that took precedence over prospecting. Weather has also been a bit dodgy this spring leading me to sit out things a little waiting for better conditions.

What time I have had for prospecting has mainly been spent in northern Nevada. I am really taken with the desert and am very partial to the sagebrush and grassland country. It reminds me a lot of the time I spent in Australia with huge wide open spaces to wander. I enjoy the idea that gold can be found nearly anyplace, the exact opposite of Alaska, and I love just wandering from valley bottom to hill top because, well, you just never know. There is some old and interesting geology here that leaves nuggets in what might seem to be pretty unlikely locations. I did find one nice little patch that produced about half my gold this spring, but the rest were just strangely random isolated nuggets. I would find one and get all excited, then after several hours of methodically gridding the area wonder why that one nugget ended up there all alone. My largest nugget, at 3/4 oz, was just such a find. I wandered out of what looked to be the "good area" and just lucked into this nugget all by itself on a hillside far above the valley floor. Where did it come from? Why nothing else near it?

I like to wander around freely but due to the nature of the gold deposits I am relying heavily on the GPZ 7000 map screen and GPS track to attack areas in chunks. I just start someplace and then use the GPS mapping screen to fill in all the pixels as completely as I am able in a given area. My goal is to completely hunt that area and then write it off forever as being hunted. Each hunt area is dumped to X-Change building my master map of hunted areas. I am approaching it much like building a jigsaw puzzle, each planned hunt taking in a segment and filling it completely. I still like to wander around a lot but the main focus is long term - the many years I have ahead of me hunting these areas. I could just do what I have always done and hunt piecemeal but I decided it is time to switch gears and get more methodical about things. I figure there is a lot of that random "scattered gold" out there and that a slower long term goal to gather it up is a major part of my plan going forward. Using GPS mapping is key to getting good coverage while eliminating the chance I might waste time hunting and rehunting the same locations over the years.

The GPZ is also critical to this effort as I have great confidence in its ability to sniff out almost any gold that finds its way under the coil. Small gold, flat gold, wire gold, deep gold - the GPZ is my gold vacuum. All detectors miss gold, including the GPZ. But right now if I have to hunt an area once and once only, and have my best shot at finding what might be there, I do not know of a better option for me than the GPZ 7000. One detector, one coil, one pass over the ground ever - what are you going to use? 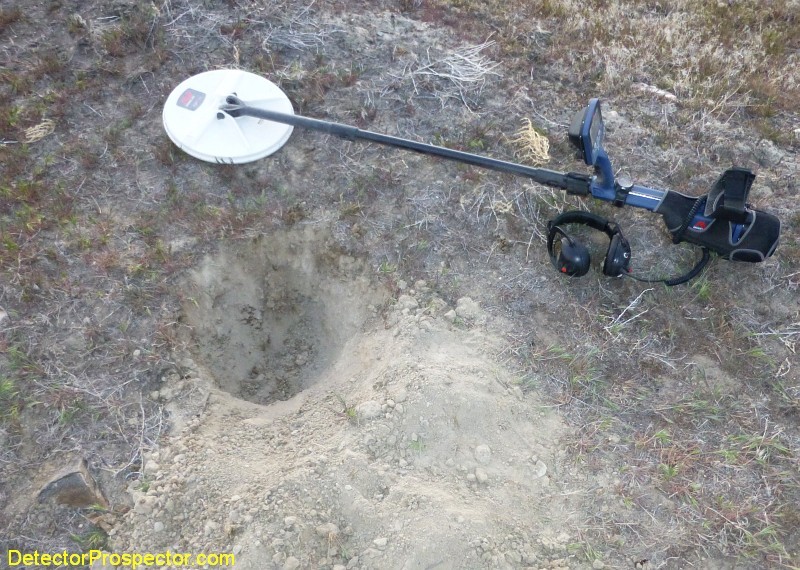 If gold is found a person of course has the luxury of coming back with different coils and different detectors and trying to find gold missed before. The problem is finding that first nugget. If it does not get found, you just wander on, never knowing that maybe you just missed a great patch, for the lack of finding that first, most important nugget. I am convinced there are many undiscovered patches out there still. The patches with the big easy to find solid gold may be very rare now, but "weak" patches comprised of smaller, or deeper, and harder to find specimen type gold surely exist. They will be found by people hunting outside the commonly known popular areas. That is what I have been doing. Hunting locations where other prospectors are rarely if ever seen. I honestly think I have been a bit lucky as of late but the methodology is sound and it is what I will be doing for as long as I have left to swing a detector. 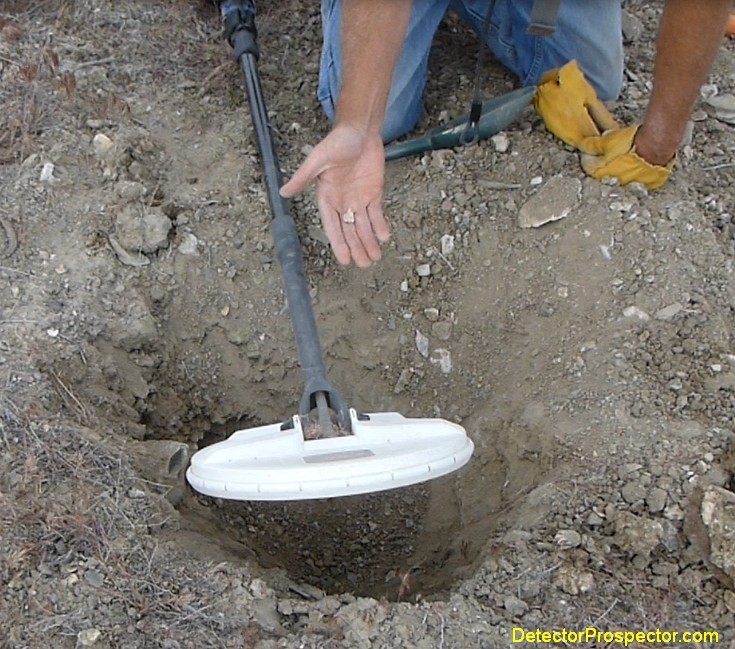 GPZ 7000 gold fresh out of the ground

I continue to follow the various posts around the world about the GPZ 7000 and people's experiences with it. Mine are pretty boring. I turn the machine on, maybe do a quick ground balance routine, and go detecting. I may not even go through the ground balance motions. I just turn it on and pick up from where I left off the previous day. I usually run in High Yield, Normal Ground, Gain of 12, Smoothing Off, Ground Tracking On. I leave most audio settings alone. The detector will often run noisy with these settings, especially in alkali locations. I may lower the threshold to 20 to knock out some excess noise, or just lower the overall volume level using my headphones. The GPZ lacks a master volume control that lowers all sounds at once, and so benefits from the use of an external booster with master volume control. The problem for me is that is one more battery operated gizmo, and so I often just use my headphones instead to gain the overall volume control I crave. I tend to run my detectors noisy but like it to be quiet/noisy not loud/noisy. 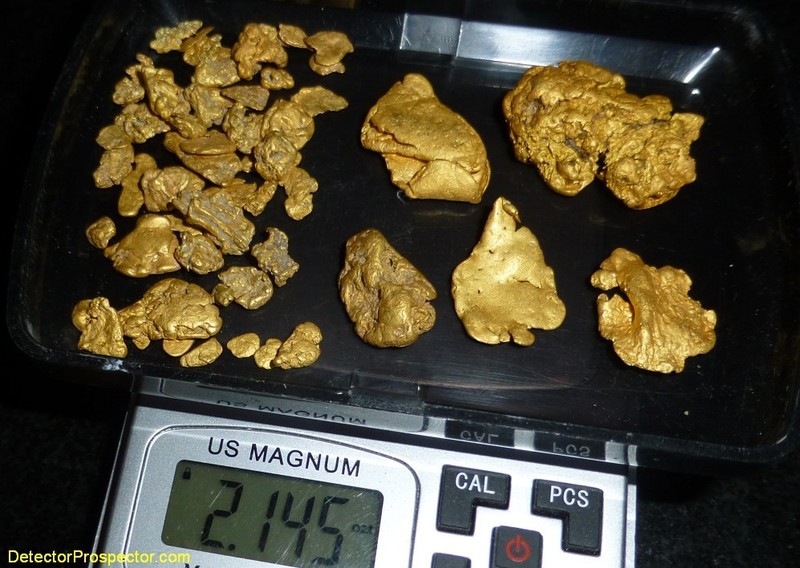 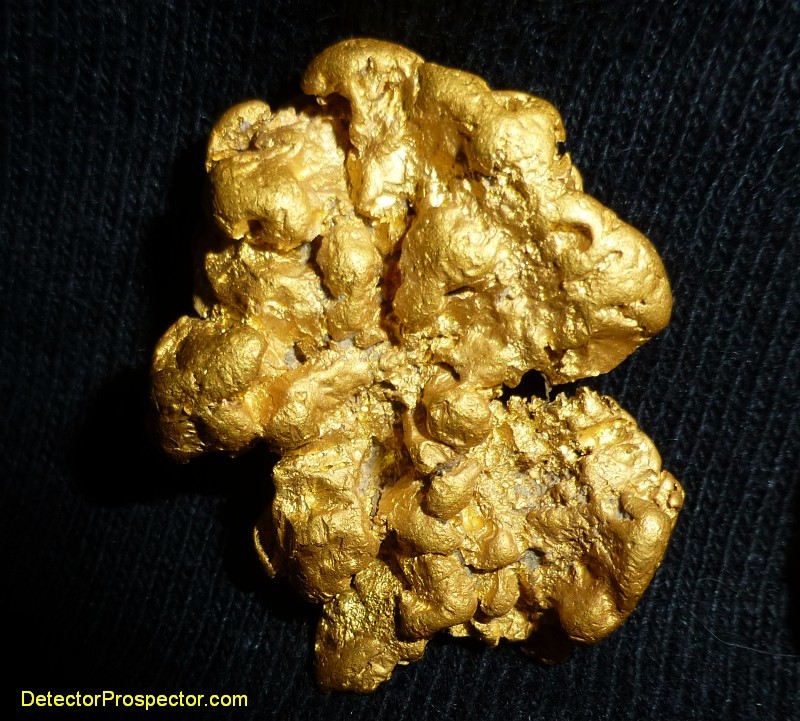 When the ground responses get a bit much, as is the case with ground salt, I react more by slowing down and modifying my swing than changing detector settings. So far I would say about half the gold I found was pulled out of fairly high salt response ground with the attendant moaning/groaning or hee/haw responses the GPZ produces in that type of ground. That seems to be a show stopper for a lot of people but I don't pay much attention to it myself. I have this theory that killing those responses might kill my gold finding capability on this ground to a certain extent, as I know some of these locations have seen other detectors that ignored the salt. They also missed the gold. Coincidence? Maybe. I have plans for more experiments regarding this but have had a hard time tearing myself away from my limited detecting time to do more comparative tests. Later.

Anyway, I have quietly picked up just over a couple ounces of gold with my GPZ 7000 so far this spring. The largest nugget is 3/4 oz and there are several other nice pieces I am very happy with. Nice solid, clean gold, my kind of stuff. An odd mix from very worn appearing to rough. I am unfortunately getting waylaid again with things I must attend to before I can go prospecting again and so I decided I may as well post this update now. It could be weeks before I get out prospecting again. Until then, here are some happy pictures to enjoy!

This article started as a thread on the DetectorProspector Forum. Additional information may be found there in follow up posts.