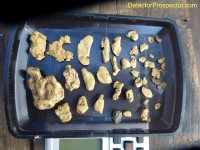 Edit: I chronicled this trip to Alaska first, and then told the story of my earlier 2013 Alaska Trip after the fact. I did well enough in 2013 I did not want to tip anyone off to what I was up to until I had a chance to return in 2014. Therefore this story got told first, as if the other had not happened. And then the years story was told at the link above.

My history with the Fortymile Mining District of Alaska began in the 1970's and has continued off and on ever since. Last summer I spent considerable time in the area and have decided to return again this summer.

Here is the basic plan. I leave Monday to drive from Reno to Alaska. I am stopping a day to visit family in Olympia then will continue to Anchorage, where I will pick up my brother Tom who is flying up from the Lower 48. Then we will backtrack to Chicken, Alaska and pitch a tent site at the Buzby's Chicken Gold Camp http://www.chickengold.co

Last year I mostly camped around but did spend a period of time at the Buzby's operation. When I was out and about I had to activate my satellite phone to stay in touch because there is no cell phone service in the Chicken area. The nearest cell phone access is a couple hours back along the road at Tok. There is WiFi access at several locations in Chicken however, one of them being at Chicken Gold Camp. The WiFi access is included in the price of staying there. I am getting a dry camp site for $14 a day (6 days get seventh day free) but it saves me $300 activating my satellite phone, and WiFi allows me to keep on the forum and stay in better touch with my wife than the sat phone. Bottom line not activating the sat phone ends up paying for nearly a month of staying at Chicken Gold Camp. Right now I am booked from June 15 until July 20 but may extend.

Since I will have pretty much daily Internet access for the entire trip I am inviting you along via this thread to see how we are doing plus to perhaps answer questions for anyone planning to visit Alaska. The Internet access in Chicken is not the greatest even at its best, as the satellite dishes point straight at the horizon just trying to get a signal. That being the case plus I will be busy I will not be posting on other forums for the duration. If you know anyone who might be interested in following this point them this way. I will report in at least a couple times a week and probably more often as time allows or something interesting happens.

My brother and I will be commuting to various locations from our base camp in Chicken, with a lot of attention paid to Jack Wade Creek about 20 minutes drive up the road. I have access to mining claims on this and other creeks in the area, but we will also spend considerable time on the public access area on the lower 2.5 miles of Jack Wade Creek. Visit this link for more information. This area is open to non-motorized mining and we will of course be metal detecting. 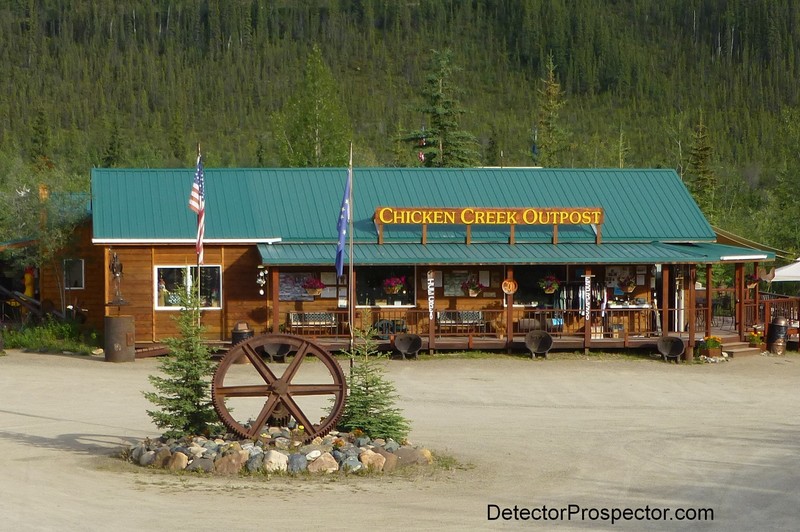 I have detected on Jack Wade a lot, and I can tell you it is an exercise in hard work and patience. It is all tailing piles full of nails and bullets. The nuggets are very few and far between, with even a single nugget in a day a good days work. However, the nuggets are solid and can be large so can add up if you put in a lot of time. Or not as luck does have a bit to do with it. You could easily spend a week detecting Wade Creek and find nothing. So do not be surprised when I make lots of reports indicating nothing found on a given day. We fully expect that to be the case but hope we hope a month of detecting here and at other locations will pay off.

I plan on relying mostly on my GPX 5000 but will also be using a Gold Bug Pro for trashy locations or for when I am tired from running the big gun and want to take it easy. I usually run my 18" mono coil on the GPX unless in steep terrain or brushy locations and dig everything. And that means a lot of digging! The Gold Bug Pro eliminates digging a lot of trash and is easy to handle in thick brush. My brother will mostly use my old GP 3000 he bought from me years ago. I am also bringing along the Garrett ATX kind of for backup and also to experiment around with. It also will be easier to use in brushy locations than the GPX. Finally, I hope to possibly have a new Minelab SDC 2300 get shipped to me somewhere along the way to use on some bedrock locations I know of that have been pretty well pounded to death.

High on the list is to visit with Dick Hammond (chickenminer) and other friends in the area.

The road to Alaska is just another highway these days, with the only real issue being the lack of gas in northern Canada in the middle of the night. The pumps there still do not take credit cards so when the gas station closes you are stuck there until it opens in the morning. Do not try to get gas at Dot Lake at 2AM! I will drive to Olympia to spend a night and day with my mom (12 hours) then on to Dawson Creek/Fort St. John (16 hours), then to Whitehorse (15 hours), and then to Anchorage (12 hours). Four days driving, about $500 in gas for my Toyota 4-Runner. Pick up Tom and some supplies and then back to Chicken (about 8 hours).

Anyway, you are all invited along at least via the internet to share in the adventure. You have any questions about Alaska in the process then fire away. The full adventure continues here.