I was born in the Territory of Alaska in 1957 and lived in Alaska most of my life. I got started prospecting in the early 70s and purchased my first metal detector in 1972, a White's Coinmaster 4. I have been at it ever since prospecting, highbanking, dredging, and metal detecting. I suction dredged for gold in Alaska for decades and am considered an expert on the subject. I eventually acquired a large placer and hardrock property at Moore Creek, Alaska and have had many claims at other locations in the state. I later expanded outside Alaska with trips to Nevada, Arizona, California, the UK and Australia. My new home base having left Alaska after 55 years is Nevada. I like to look for anything that can be found with a metal detector: jewelry, coins, relics, gold nuggets and other native metals of any sort, meteorites, and more. Many of my adventures are recorded online here.

I co-founded a dealership in 1976 that became one of the largest multi-line suppliers of prospecting and metal detecting equipment in the country. I was immersed daily in the business for nearly 40 years and in that time I helped countless people with prospecting and metal detecting questions. I was early on the internet reviewing metal detectors that I was involved in on the development level or that I used personally. You can find my collected metal detector reviews here. I have now retired from the business but I enjoyed it and so this website lets me continue to stay involved. I have put great effort into making this a friendly place with quality content. My thanks to all the forum members who continue to make it a great place to hang out. If you have any questions for me, please ask them on the forum. Unless it truly is confidential it’s the questions and answers on the forum that make it possible for everyone to learn.

Finally, I am an ex-drunk, and proud of it! I am inspired by those who make compassion for others a central theme in their lives. If that describes you, I would welcome the opportunity to meet up with you in the field someday.

Some metal detectors I have used since 1972:

I have also been involved in the product development and testing of a few metal detectors over the years. These include the Garrett Infinium, White's TDI, Fisher F75, Garrett ATX, Nokta FORS Gold, Makro Gold Racer, plus Minelab SDC 2300, GPZ 7000, Gold Monster 1000, Equinox, Vanquish, GPX 6000, and...... 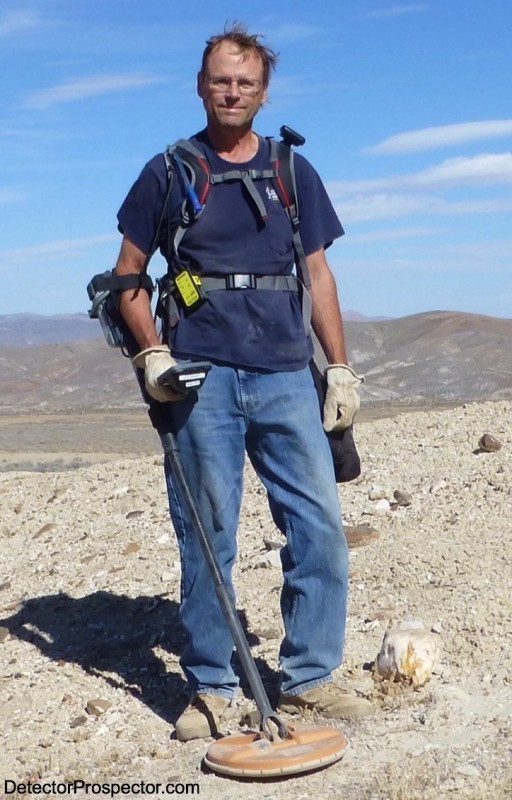