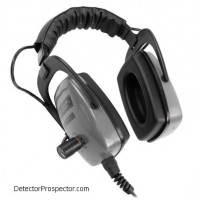 There are a few key things to know about headphones for use with metal detectors. The most important thing is to know that some detectors operate in mono, and some in stereo. If you mismatch headphones you can end up with audio in one ear only, or none at all. In fact, this has happened to me. I took my White's DFX out to do a little detecting, and grabbed an old pair of Fisher Phones I had around, and when I got out I found the phones would not work on the DFX. So most detector phones have a stereo/mono switch, or are specially wired to work either way. Make sure your headphones match your detector for stereo or mono operation. But best case is to only use headphones that can do both so you can use them with any detector. You never know when they might get put to use on a different machine. In a situation where you are determined to use a mono headset on a stereo detector or vice-versa plug in adapters can be purchased at most electronics supply houses.

99% of the detectors out there have a 1/4" headphone plug, but many generic headphones have a 1/8" plug. Sure, you can use an adapter, but it just adds a weak spot in the system. So get a 1/4" plug unless your detector is one of the rare 1/8" models. Again, pay attention to the mono versus stereo issue. The good news is that if you make a mistake there is almost always an adapter that will fix the problem but it is best to try and get the correct match.

Ohm matching can be important, and generally higher ohms is better. This is not always true however and some detectors do work better with lower ohm rated models. It is usually easy to determine what the headphone ohm is but almost impossible to know what the detector rating is. I therefore recommend that you should have your detector in hand and be trying the headphones before you buy them instead of going by specs on this point.

Things to look for:

1. How do they sound? Are targets sharp and clear to your ear? If not, you can now pass on this set and try another. Different headphones match up with different machine and different ears in such a way that nothing short of trying them can sort this point out. They either sound good to you personally, or they do not. It does not matter what your friend likes. Some detectors allow you to change the pitch from high to low. Try different pitches with your detector to see what sounds best. How do faint targets sound to your ear? People have different frequency responses, some like low tones and some high, and the type of speaker wired into the headphone can make this sound vary a lot. Get a set of headphones that make faint signals as clear as possible to your particular ear.

3. How many volume controls are there? Some people like two, one for each ear. This can be great if you have poor hearing in one ear and need to compensate. I personally prefer a single control that works both ears at the same time, so I do not need to fiddle two controls. So this is a personal preference thing, but your headphones should have one or two headphone volume controls. A note on setting your headphones. Turn the detector volume all the way up, if it has a volume control. Turn your headphones all the way down, then turn on your machine and wave it over a large metal item. Turn the headphones up until the loudest sound you will get over a large item is not so loud as to damage your hearing. Now, set the threshold sound on your detector for a faint buzz. You should now be able to hear faint variations in the threshold, but going over a 55 gallon drum will not damage your hearing. 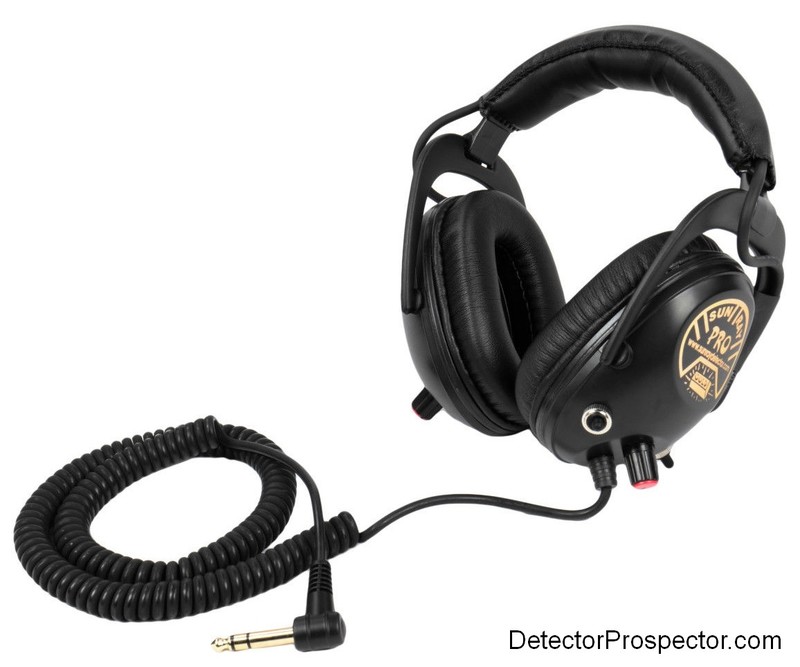 4. How well do the phones exclude outside noises? Normally, get a set of headphones that will exclude outside noises like running water, wind in the trees, or anything else that might distract you from the detector sounds. Sometimes it may be advantageous to use phones that let you hear outside noises, like in bear or snake country. Or maybe in real hot climates bulky units get too warm. But from a pure detecting standpoint sound excluding headphones are best. Earbuds are perfectly acceptable however for quieter locations.

5. How well do the headphones fit and feel? Imagine they are going to be on your head for 12 hours. Something that feels good initially can feel pretty bad in a few hours. Beware of headphones that are too tight or that have too little padding. I prefer phones that completely cover my ear and seal to the side of my head. I do not like the kind that squash my ear but people's preferences vary. Make sure your headphones are comfortable for long hours of use.

6. How tough do the headphones appear to be? This can be hard to gauge sometimes, but in general avoid anything that looks to have cheap construction. The number one failure point is the cord, so make sure it is strong and well anchored so it cannot pull out. Headphones that feature a 90 degree plug are often desired to reduce strain and prevent the plug from pulling out due to a simple tug on the cord.Some top end models feature replaceable cords so you can carry a spare. I prefer to simply carry a complete spare set of headphones.

7. Finally, be aware that the newest metal detectors are coming equipped with built in wireless headphone capability. Early versions have either been standard Bluetooth, which is too slow, or some faster proprietary method. Standard Bluetooth has a significant lag between detecting a target and the actual audio response heard in the headphone which is bothersome to most people. The problem with proprietary is that you are stuck with very limited options as to headphones. The best option currently for most people is aptX Low Latency (aptX LL) Bluetooth, which is fast enough that most people are satisfied with the speed, and options abound in the choice and style of headphones.

To sum up, if buying headphones at Big Box Inc. at the least you'd probably want a set with a stereo/mono switch, 1/4" jack, and volume control/controls just to make sure it will work on most any detector. But remember that headphones are like tires for an expensive sports car. They are one of the only important items on a detector you can customize for optimum performance, the other being search coils. Finding the set of headphones that is just right for you can make a real difference in detecting success, so it deserves some effort in getting the right set. This is where a local dealer with a good selection who is willing to let you try them all out on your detector can really help you out.