The Garrett ATX metal detector was introduced in 2013 and is still in production. The ATX is a fully submersible ground balancing pulse induction (PI) metal detector aimed primarily at relics, gold prospecting, and beach detecting.

"High-End, All-Terrain Pulse Performance. Highly sensitive on tiny gold and extends depth in the most extreme mineralized soils. HUNT ONCE, GET IT ALL." Source: Garrett 2018 catalog 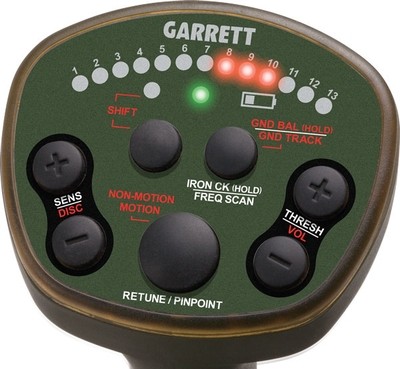