The following information is from a screenshot from a First Texas distributor meeting? posted here. Please note that the pictured mockup of a detector displaying "Thor's Hammer" is pure fantasy and not what anyone is working on at First Texas. That image was created just to stir up interest i.e. "clickbait". The rest however appears legitimate.

Here is the text from the posted screenshot:

The information was leaked and so must be taken with a grain of salt but it looks genuine and matches up with statements made by various First Texas representatives online in the last couple years. Obviously the 2016 timeframe is long past. Fisher has more or less acknowledged this information as genuine but it was never intended to be leaked for obvious reason - stuff happens and delays are the norm in the metal detector industry. In fact, many planned detectors never make it to market for one reason or another. 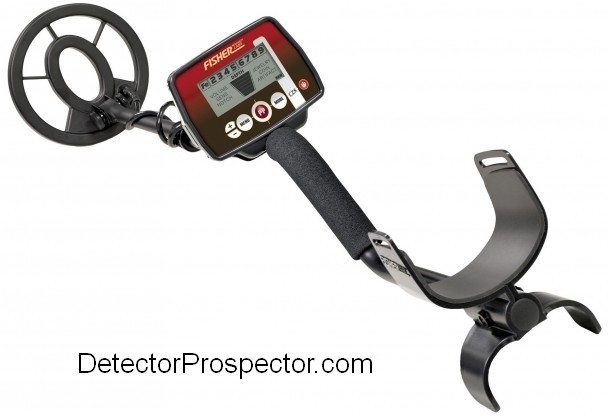 I think the information was genuine but that unexpected delays occurred. Nobody outside First Texas really knows the full story. However, here is a quote from Carl Moreland on June 27, 2018:

The latest information as of June of 2018 is that First Texas (Fisher parent company) is hard at work on new models, with the most likely new product to appear being a new beach detecting pulse induction model currently referred to as the Aqua Manta. Work also continues on new multifrequency devices, but 2019 is now looking like the earliest probable date for those machines.

A CZX type machine would be great for the Africa market by being turn on and go. The relic hunters in Virginia and elsewhere should like it. If weight and balance are right, I am going to love it as I have been pounding the table for a machine like this for years. I would like to see something with at least Minelab SD type performance in a lightweight affordable package but at $1000 it simply needs to beat the White's TDI. The biggest question I have is how small a nugget can it detect? At $1000 this machine would be the natural next step up for any prospector using a VLF who has not made the plunge into PI.

The old CZ is dual frequency running at 15 kHz and 5 kHz, a 3:1 ratio. Staying at 5 kHz for the low end a 9:1 ratio figures at 45 kHz and 5 kHz. Until recently a machine with no ground balance adjustment (automatic tracking only) would have raised eyebrows, but the Minelab SDC 2300 and Gold Monster have now paved the way in that regard. Dave Johnson always likes power combined with simplicity and good ergonomics, and that bodes well for this detector.

The "Mosca" model looks to be aiming mid-way between the Garrett AT Pro and Minelab CTX 3030 with a multi-frequency all terrain model. The AT Pro has been wildly successful and it only makes sense to emulate that success. The new Minelab Equinox notwithstanding, there is still plenty of room for innovation in this market segment.

10/1/2018 - The CZX saga finally comes to an end. This exchange took place on the forum regarding the CZX with responses by Carl Moreland (Geotech) of First Texas:

"So it was a no go, a dead end or did it lead to the discovery of something potentially greater?"

"Didn't give the results we were looking for. So dead-end, more or less."

Forum Thread About The CZX