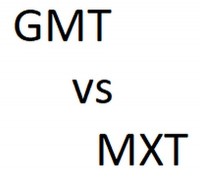 The two best-selling professional metal detectors in Alaska over the last twenty years are probably the White’s Electronics GMT and White’s Electronics MXT. This is because a set of local circumstances favored these two detectors. These two machines are based on the same circuitry, but have very different design goals and therefore features which determine which might be the best choice.

Since the sole purpose of the GMT is prospecting, it operates at a high 48 kHz for extreme sensitivity to small metal items... hopefully gold nuggets. It is not a "gold-only" machine in that it picks up all metals. The "gold-only" detector has yet to be invented. It does however have a very efficient system for separating ferrous (iron or steel) items from non-ferrous items (gold, copper, silver, lead, aluminum, etc.)

In theory the GMT could be used for other types of detecting, but it has a couple serious problems. First is the fact that it is so sensitive to small metal! Any attempt to use it for typical coin detecting would leave a detectorist quickly frustrated. Imagine a foil gum wrapper sucked into a lawn mower, shredded, and spread about. Parks and other areas popular with coin hunters are full of tiny aluminum trash. Every one of these items will sing out loudly on the GMT. Coin detectors are purposely designed not to pick up these tiny non-ferrous items as 99% of the time they are trash. The GMT also is very sensitive to wet salt sand, and so is useless for most beach detecting. It would not be impossible to use the GMT for other detecting tasks, but in general it really should not be considered for anything other than nugget detecting.

The MXT was built using the GMT circuitry. An advanced LCD readout discrimination system similar to that on top-of-the-line coin detectors was added. The frequency was lowered to 14.7 kHz to increase the sensitivity to coin type targets and to moderate the problem of being too sensitive to tiny trash. But the frequency is still well above that of standard coin detectors which work around 6 kHz so the MXT retains much of the GMT ability to hit gold targets.

The MXT has three distinct modes: Coin & Jewelry, Relic, and Prospecting. Each mode dramatically changes both the sounds and the LCD readouts generated by different targets. The Coin & Jewelry mode is very much like any standard coin detector, but with a better than normal sensitivity to gold coins and gold jewelry. The Relic mode is a rather unique dual tone mode that operates in both all-metal and discriminate modes at the same time. That alone is subject for another article! The Prospecting mode in effect turns the detector into a GMT, but one that runs at a lower frequency and that lacks a manual ground balance. And the MXT has a special Salt setting to allow it to work on those beaches.

The GMT is admittedly superior when it comes to picking up small gold. It can hit specks weighing less than 1/10th of a grain (480 grains per Troy ounce) while the MXT will need nuggets weighing 2-3 grains to get a decent signal. But on the flip side, the MXT may very well be the superior unit for large nugget detecting. The lower frequency actually is smoother in mineralized ground, and in particular does not produce as many weak variations in the threshold in mixed cobbles as the GMT. The drawback of higher frequencies is that while small gold produces a sharper response, so do hot rocks. The manual ground balance on the GMT is very helpful for hitting those tiniest specks, but less useful for larger gold. If larger gold nuggets are the goal, then the MXT is every bit equal, if not better than the GMT in overall performance due to the smoother ground handling capability. It’s not that the MXT goes deeper, it just has less issues with hot rocks while still being able to hit those larger nuggets. In milder ground the GMT reigns supreme.

For Alaska those wanting to go places like Crow Creek or Mills Creek and have a chance of getting gold, any gold at all, will be best served by the GMT, especially if paired with the little 4” x 6” Shooter coil. It will get the gold in these heavily hunted areas, and will hit gold the MXT will miss. But if versatility is important, or chasing large gold nuggets in tailing piles at Ganes Creek is the goal, the MXT is the way to go in my opinion. It is simply one of the best all-around detectors I have ever used.

The White’s MXT Engineering Guide is full of interesting information on the development of the GMT and MXT and provides a rare look at what goes on behind the scenes at a metal detector company.