The Nokta/Makro Simplex is a new 12 kHz single frequency VLF metal detector introduced in November 2019. The Simplex redefines the features available in a metal detector selling in the under $300 range. Key features are the fully submersible design, integrated wireless headphones, built in rechargeable battery, updates via the internet, and more. Look for more information and discussion on the Nokta / Makro Metal Detector Forum.

The Simplex is available in two packages, both are the same wireless capable detector. Note that Nokta/Makro uses a proprietary high speed wireless solution not compatible with other wireless systems.

The Simplex+ has a MSRP of $299 and is available discounted at $254.15. The Simplex+ WHP adds the Nokta/Makro wireless headphones and a hat for MSRP $399 but available discounted at $339.15. You may purchase the less expensive package and add the headphones at a later time if desired. In either case you are buying the same detector which has the wireless capability built in. 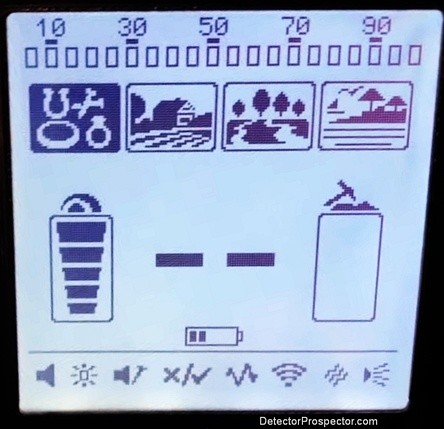