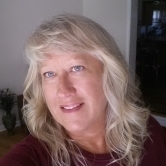 By MontAmmie,
June 27, 2017 in Metal Detecting For Jewelry