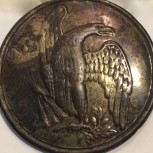 By ColonelDan,
September 16 in Metal Detecting For Jewelry